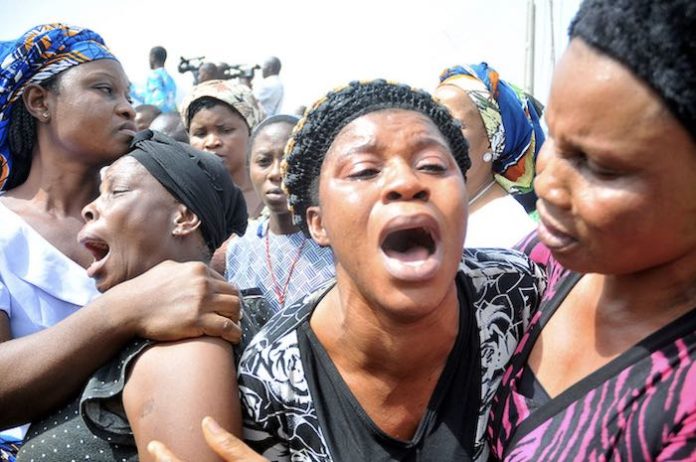 “Domestic violence is the front line of the war against women”. Pearl Cleage

According to UN, it defined Domestic abuse or domestic violence as a pattern of behavior in any relationship that is used to gain or maintain power and control over an intimate partner. Abuse is physical, sexual, emotional, economic or psychological. This includes any behaviors that frighten, intimidate, terrorize, manipulate, hurt, humiliate, blame, injure, or wound someone.

Domestic abuse can happen to anyone of any race, age, sexual orientation, religion, or gender. It can occur within a range of relationships including couples who are married, living together or dating. Domestic violence affects people of all socioeconomic backgrounds and education levels.

Domestic violence has been a great stumbling block in the development of Africa and Uganda in particular. This cruel act cuts across from women to children and this violence are inflicted on them usually by the father or husband. But could there be any ways of ending this act of dehumanizing children and women that are always vulnerable to the beats and flogging of the husband?

Domestic violence is a burden on numerous sectors of the social system and quietly, yet dramatically, affects the development of a nation… batterers cost nations fortunes in terms of law enforcement, health care, lost labor and general progress in development. These costs do not only affect the present generation; what begins as an assault by one person on another reverberates through the family and the community into the future.

However, there are some men who also suffer from domestic violence though their cases are not that alarming compared to women and children. This can be associated to the cultural stereo types and gender roles that saw men as superior to women and for one to come out and claim that he is being a victim of domestic violence is taken to be of more less a man.

A vital part of understanding a social problem, and a precursor to preventing it, is an understanding of what causes it. As we strive to devise means of ending this violence we have to understand the causes; usually domestic violence being a choice and a learned behavior, it is hard to say that there is a single factor that is a contributor to it but it is caused by so many factors ranging from beliefs and attitudes to other social factors among them includes the sense of entitlement, power and control, selfishness, peer pressure and gender-role identity that glorify aggression, violence, and dominance among others.

Furthermore, although one would think that alcohol, stress, unemployment, failure to produce kids, and abusing of other dangerous drugs would trigger one to act violently against their family, for purposes of a benefit of doubt, we could perhaps think so but violence is within a person not triggered. Therefore I believe that the so called factors are just catalysts that are used to remove guilt and give false confidence to the abusers.

Control, physical abuse, sexual violence, intimidation, isolation, emotional abuse, verbal abuse coercion, blame threats and economic abuse are some of the rampant types of domestic abuse that have so often been inflicted on women and children. So how are these connected to drinking?

A family is built on a mutual understanding, partnership, disagreements and sharing of the possible solutions to the thing the two of you disagreed about. So how hard is doing that? A man shall never be respected because of violence but because of his actions.

We can therefore end domestic violence with just a few adjustments in the way we live. Like I put before arguments are not solved with fists or something but with words. Sit and listen to each other and find a solution for the disagreements, the police force should directly work hand in hand with the community; community  policing can be a solution as well.

As we look forward to having a community free from violence, help young children to avoid being crime victims or be near the acts of such violence for it will help them grow up with well desired manners for violence can be built within a child with just seeing it. Also, we have to teach the community especially women and children to have that belief of self-worth and self-esteem because I believe no one can ever be abused if he believes in his or her self.

A lot has been put in place by the government and other development partners to ensure that this evil act is put to an end however; little has been done towards building the capacities of men and inculcate in them the dangers of domestic violence and how it is a hindrance to development.

Strictly women empowerment has to be used to help women get up and be at a common status with men not in terms of disrespect but in terms of equal rights and service delivery. Yes the society has taken women as a weak vessel  and who should be submissive to their husbands but it forgot that a person going through trauma or any form of violence can never at one point be submissive

Domestic violence as a hindrance to development comes in in a way that a paralyzed mind can never think and when women and children are traumatized, the impact is felt by the government as it will have to spend more on its citizen that are not in position to bring in returns to it in terms of taxation. There is a collection of effort from all parties that is needed to ensure that the evil act of domestic violence against women and children are put to an end.

Domestic violence can be so easy for people to ignore, as it often happens without any witnesses and it is sometimes easier not to get involved. Yet, by publicly speaking out against domestic violence, together we can challenge attitudes towards violence in the home and show that domestic violence is a crime and not merely unacceptable.

Violence needs to stop. All of us men and women need to speak up and teach our children that violence is never the solution. Together we can all make a difference. The best place to start is with you.