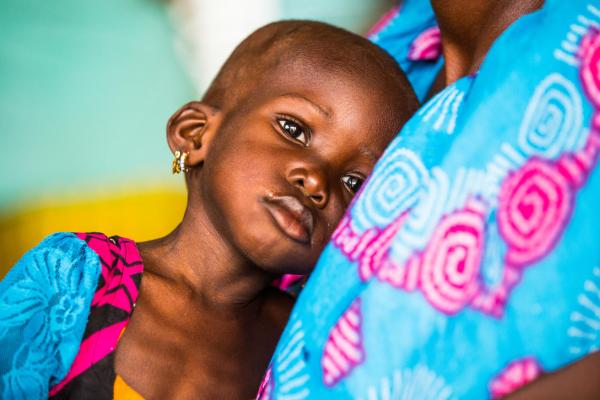 Malnutrition refers to deficiencies, excesses, or imbalances in a person’s intake of nutrients. Although it is not widely spoken about in the media, 40% of the deaths of children under 5 years are due to malnutrition, with about 3.1 million children dying annually. Although children are more likely to die from malnutrition, adults also suffer from it. It has been recorded that globally, 822 million people suffer from under nourishment and 15% of Uganda`s population is malnourished.

Between 2013 and 2015, UNICEF estimated that more than 500,000 young Ugandans died and nearly half these died due to malnutrition. Nutrition does not mean eating much or enough food, or perhaps never getting hungry. Nutrition means having the right quantities of nutrients in a person’s body. It is thus important to avoid under nutrition and over nutrition in which the intake of nutrients exceeds the amount that is required by the body.

Many people in the developing world are susceptible to malnutrition because of the high poverty rates and high levels of illiteracy in the developing world Furthermore, insufficient access to food, poor health services, lack of safe water and sanitation as well as inadequate child and maternal care have also been linked to cause malnutrition. As of 2019, 21.4% of Ugandans were living below the poverty line meaning that majority of them lived on less than a dollar in a day. This definitely rolls out to affect their access to basic needs like food.

Food is not just a basic need, it is a human right and everyone should be able to access it, in the right amounts and should be able to get the right nutrients out of it. Sadly, orphans, children on the streets are extremely susceptible to acute malnutrition, especially when they have to fend for themselves. This affects their growth and makes them vulnerable to nutrition related diseases like kwashiorkor and marasmus, as well as low body immunity.

Malnutrition can be prevented through provision of access to quality food for all people, education of the masses about nutrition and proper dieting, and by majorly combating poverty and climate change worldwide.

There is a wise saying that says “when you give a man a fish, you feed him for a day, but when you teach him how to fish, you feed hi, for a lifetime.” We must therefore go beyond giving handouts to the vulnerable and actually adopt solutions that will reduce the current status quo and over time, completely change it.

As we support orphans with handouts and donations, let us embrace the need to make a generational impact by teaching them how to fish. Let us empower them with an education and let us also take part in the policy making process through advocacy and many other forms to ensure that legislators adopt policies that will support agriculture as the back bone of Uganda`s economy and as a remaining constant.

Never will we see a time when food is no longer demanded for. We must therefore ensure that there is enough food for everyone within the community. We must go back to the African roots and culture of Ubuntu. The belief that “I am because you are” So we share and we care, It was hardly heard of in the African Traditional Society that a person died due to starvation. This was because of the collective setting that was adopted within the African culture, with emphasis being put on work to ensure that no one slept hungry.

Malnutrition is a real killer and should not be ignored. The statistics are there to show it. We must rise up to the call. It is disheartening that most of what we see on the news has to do with conflicts and politics, but there is a pandemic called malnutrition that needs to be taken seriously. If about 1.5 million children are dying annually due to malnutrition, then you can rest assured that the future is at risk of having less youthful people than the elderly. If 60% of the world`s hungry are women and girls, stand assured that the future is at risk. We all know the saying that “women are the mothers of the nation.” If these women are malnourished, the repercussion is that they give have premature births and majority of them give birth to babies with defects. It may seem simple but it isn’t. Humanitarians and philanthropists must continue their battle against malnutrition and other individuals should join the battle to end hunger.

SGD 2 stands for Zero Hunger by 2030 but research shows that if the current trends continue, the people affected by hunger will surpass 840 million globally by 2030. This means that we need to pull up our game, we need to become more intentional in our working.

Malnutrition is a pandemic that is not on your television screen. But that doesn’t mean that it doesn’t exist.