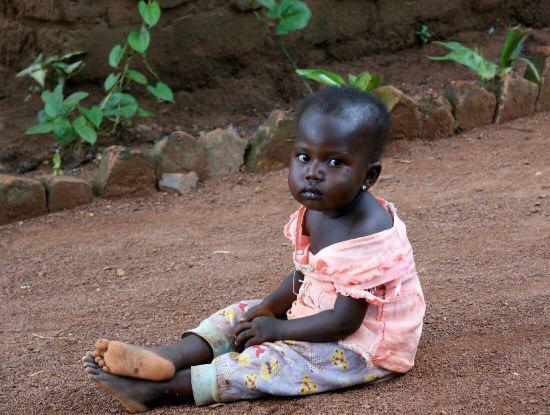 Africa is one of the poorest continent in the world and its people are facing many epidemics, including diseases, natural disasters, poverty, civil wars, etc. These calamities impact negatively on the lives of children and many are left orphaned and fending for themselves.

There are millions of orphans on the African continent, currently estimated to be 52 million orphans and these statistics combine 3 groups including those that lost both parents and those that lost either a father or a mother. Most cases, these children suffer a lot to cater for themselves and some end up becoming street children, beggars, and hard core criminals.

Africa is home to more than quarter of all orphans, the records show that the whole world has 140 million orphans and among those 52 million orphans belong to Africa, making it up to more than 30% of the entire world orphan population. These children go through a lot of hardships, including emotional, spiritual, and physical stress, and resort to drug abuse and alcoholism.

There are more than 3.5 million orphans in Uganda alone, some of them have lost both parents, while some have lost at least one. So they are left homeless and alone to wander in the world without any care parental care. However, Tuyambe Africa in partnership with various organizations has embarked on a charity mission of taking up most orphans in Uganda and provide with the basic needs of life; plus other vulnerable members of the community, like widows, refugees, HIV/AIDS victims, the poor, etc.

Tuyambe Africa carries out community outreaches to different remote areas of Uganda and donates different items such as food, clothes, medical care, scholastic materials, to the orphans and other vulnerable members of the community.

Almost close to a quarter of African youths are orphaned. In sub-Saharan regions of Africa, around 20% of the population under 18 is considered orphaned. This implies that their parents die when they are still toddlers.

Most of the children are orphans because of civil wars, and diseases especially HIV / AIDs. Approximately 32% of orphans in Africa have had a parent or both parents die of HIV / AIDs. Many of these children suffer from the disease as well. HIV / AIDs continues to be a major epidemic in Africa and the number of those affected continues to rise. However, we can stop this by making them get aware of how to avoid AIDs thus saving the next generation.

Thousands of African children were orphaned by losing parents to Ebola and Ebola epidemic was especially detrimental to west Africa, spreading through many countries, including Guinea, Liberia, Congo and many others leaving close to 4000 children without parents.

Many orphans have no support and are forced to fend for themselves as well as their siblings. This includes maintaining a household, providing food and working to support themselves as well as fund education and medical costs. Yet because of their young age, orphans are often unable to find any of stable income. Fear and stigmatization of diseases such as AIDS also contribute to unemployment.

Many orphans turn to extended family members for support, but they are often unable to provide it. Their extended family often include grandparents and women, who tend to make 31% less than the average household.

There are many foreign aid organizations and projects aiding and supporting orphans in Africa, including USAID, World vision, window trust, compassion international, and many others. The aid focuses on improving the health and well-being of African children, including orphans.

This program focuses on reducing educational disparities, providing physiological care and support, helping fund families’ essential needs and ensuring legal support and protection. However, even the local charity organizations have done a great job to support the orphans.

Since 2001, with the help of foreign aid and local charity organizations, the number of orphans in Africa has declined and is continuing to decline. Even though the decline is small but it has been very consistent throughout the years, at approximately 0.7% per year.