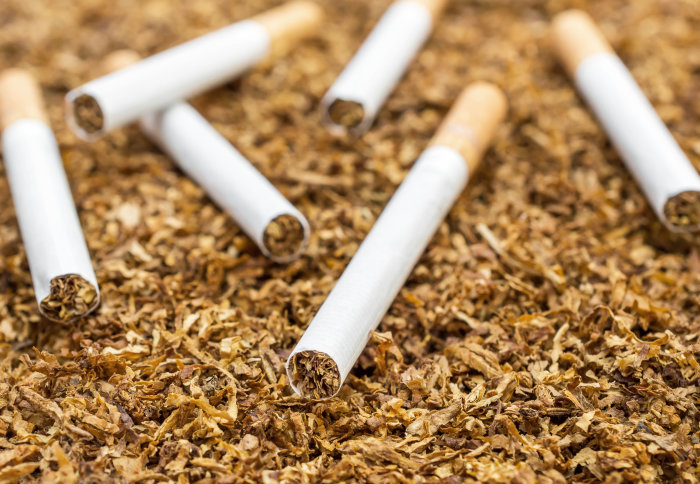 Tobacco according to the National Institute on Drug Abuse is a plant grown for its leaves which are dried and fermented before being put in tobacco products. The World Health Organization identifies tobacco as the leading cause of preventable deaths in the world.

Close to 8 million people die around the world every year because of the use of tobacco. More than 7 million of those deaths are a result of direct tobacco use. And 1.2 million are as a result of non-smokers being exposed to second-hand smoke according to the World Health Organization. Tobacco contains nicotine which is an additive making it hard for people to quit.

Low and middle-income countries cover over 80% of the 1.3 billion users with a burden of tobacco-related illness and death at its heaviest. It contributes to poverty by diverting household spending from basic needs such as food and shelter to tobacco.

In Uganda, 7.9 percent of adults (age15+) use tobacco products. The rates are higher in men than women. Average of 11.6 percent of men and 4.6 percent of women. Among the youth, 17.3 percent (5.0 boys and 4.7girls) use tobacco products. Secondhand smoke exposure goes to 20.4 percent of adults who work indoors, 16 percent are exposed in restaurants and 7.8 percent are exposed to public transportation. More than 9,650 Ugandans die from smoking-related causes. 124 men and 62 women are killed from smoking every week.

It affects the brain as the product contains nicotine which is readily absorbed into the blood when the person uses it. The adrenal glands release the hormone epinephrine that stimulates the central nervous system and increases blood pressure, breathing, and heart rate. As it is for other drugs that reinforce rewarding behaviors. Tobacco smoking can lead to lung cancer, chronic bronchitis, and emphysema. It increases the risk of heart disease which can lead to stroke or heart attack. Smoking is close to other cancers like leukemia, cataracts, type 2 diabetes, and pneumonia.

Miscarriages, stillborn or premature infants, or infants with low birth weight are unavoidable if the pregnant woman smokes cigarettes. Its effects don’t spire those who stand or stand those who smoke. Furthermore, Secondhand smoke exposure also leads to lung cancer and heart disease. Children have an increased risk of ear infections, severe asthma, lung infections, and death from infant death syndrome.

In Uganda, people have hoodwinked to think that tobacco growing improves their livelihoods while consumption is looked at as a leisure activity. In 2015, the country passed one of the strongest laws in the world and the Minister of Health published the tobacco control regulations.  Other gains in tobacco control in the country include a ban on direct advertising, promotion, and sponsorship, enforcement of smoke-free environments, and an increase in tobacco taxation by 39.9%.

The tobacco industry has a lot of resources and fighting it is not easy. Given its effects, we must join hands in creating awareness to people on the use of tobacco. However, tobacco has a good part with it.

But remember to use tobacco to get advice from doctors to avoid health problems.