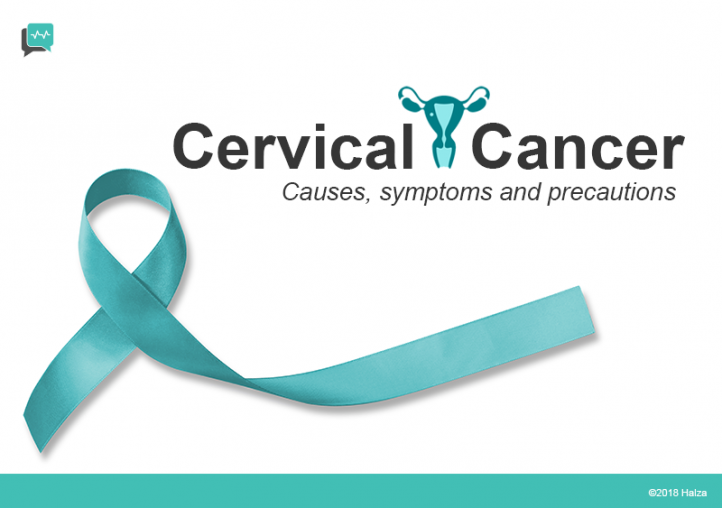 Cervical cancer develops in women’s cervix (this is the entrance to the uterus from the vagina). According to the World Health Organization, almost all cervical cancer cases (99%) are linked to infection with high / risk human papillomaviruses (HPV). It is an extremely common virus transmitted through sexual contact. Cervical cancer is ranked fourth most common cancer in women.

Cancer is a result of uncontrolled division and the growth of abnormal cells. Some cells in our body have a set lifespan and when they die, the body generates new cells to replace them. Sometimes they may not die and continue dividing which results in an excessive buildup cell that eventually forms a lump or tumor. Some of the risk factors that may increase the risk of developing cervical cancer include:

According to data on HPV, Uganda has a population of 12.3 million women age 15 years and older who are at risk of developing cervical cancer. The current estimates indicate that every year 6959 women are diagnosed with cervical cancer and 4607 die from the disease. (Human Papillomavirus and Related Cancers Fact Sheet 2021) .

Uganda is said to have the highest cervical cancer incidence in the world (54.8 per 100,000). Yet it is entirely preventable through vaccination and screening, yet it remains one of the gravest threats to women’s lives according to the World Health Organization. The increase in Uganda is a result of limited screening access and infrastructure.

There are stages of cervical cancer as listed below according to the National Cervical Cancer Coalition.

Below are some of the symptoms of cervical cancer ;

When diagnosed, cervical cancer is the most successfully treatable form of cancer along as it’s detected early and managed effectively. The cancers diagnosed in late stages can also be controlled with appropriate treatment and palliative care. Treatment for cervical cancer includes surgery, radiotherapy, chemotherapy, or have a combination of all those. The decision on the kind of treatment depends on several factors such as the stage of cancer as well as age and overall state of health. The early stage when cancer remains within the cervix has a success rate. For example, the use of surgery and radiation therapy may reduce the risk of recurrence. Further cancer spreads from its original area the lower the success rate tends to be.

HOW CAN WE REDUCE THE CHANCES OF DEVELOPING CERVICAL CANCER?

Every woman should be strict on getting the Human Papillomavirus (HPV) vaccine to reduce the frequency of cervical cancer.

Practicing safe sex by using condoms as protection against HPV infection. Having fewer sexual partners as it will reduce the higher risk of transmitting the HPV virus. This also calls for delaying the first sexual intercourse of a young woman. The longer she delays it, the lower her risk.

The women who smoke have a high risk of developing cervical cancer than people who do not smoke? So one should stop smoking.

With its partners that is Love Uganda Safaris, Volunteering in Uganda, and Love Uganda Foundation all care about the woman’s health. Join the cause.