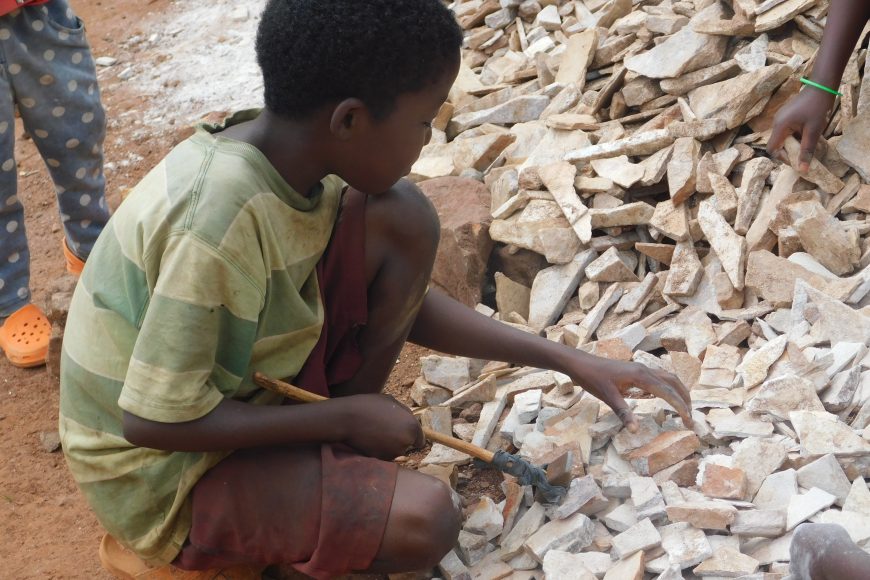 Child labour refers to the exploitation of children through any form of work that deprives children of their childhood, interferes with their ability to attend regular school, and is mentally, physically, socially and morally harmful. Such exploitation is prohibited by legislation worldwide, although these laws do not consider all work by children as child labour; exceptions include work by child artists, family duties, supervised training, and some forms of child work practiced by Amish children, as well as by indigenous children in the Americas.

Child labour has existed to varying extents throughout history. During the 19th and early 20th centuries, many children aged 5–14 from poorer families worked in Western nations and their colonies alike. These children mainly worked in agriculture, home-based assembly operations, factories, mining, and services such as news boys some worked night shifts lasting 12 hours. With the rise of household income, availability of schools and passage of child labour laws, the incidence rates of child labour fell.

Poverty and its related problems are some of the main causes of child labour in Africa. The 2001 survey reported that about 90 per cent of the children working in productive activities replied that they were working to either supplement family income (23.8 per cent) or to improve it (66.0 per cent). Poverty in Africa is chronic due to, among others, population pressure, land degradation, unemployment and under-employment among adults and school leavers (youth). Children are paid lower wages than adults, not unionized, and do not demand workers’ rights. They are also thought by some to be more efficient in certain types of work, though this has not been demonstrated. Thus, these people tend to prefer child workers to adults.

The other main cause of child labour is cultural values. The Ethiopian culture encourages children to work to develop skills. Children are considered as assets to generate income in time of poverty. Children should, therefore, be given work at home early in life and be obliged to assist parents.

Children are exposed to accidental and other injuries at work. They should thus be protected to prevent social, economic and physical harm, which persist to affect them during their lifetime. Such injuries include,

Apart from the above, lack of opportunity for higher education for older children deprives the nation of developing higher skills and technological capabilities that are required for economic development/transformation to attain higher income and better standards of living.